A group of 18 state attorneys general sent letters to four of the largest financial institutions in the country this week, urging them to stop charging overdraft fees on consumers by this summer, and while the states did not make any threats in the letter about what would happen if the banks chose not to stop charging overdraft fees, the implication of the “enormous societal costs of overdraft” made it clear what the AGs are thinking.

The Consumer Financial Protection Bureau has lumped overdraft fees into its crackdown against what it calls “junk fees,” noting that the nation’s three largest banks — JPMorgan Case, Wells Fargo, and Bank of America — collected $15 billion in overdraft fees in 2019 and that 80% of NSF fees are paid by 9% of account holders, who, on average, had 10 NSF charges per year.

The letter, sent by the Attorneys General of California, Connecticut, the District of Columbia, Delaware, Hawaii, Illinois, Iowa, Maryland, Massachusetts, Michigan, Minnesota, Nevada, New Jersey, North Carolina, Oregon, Pennsylvania, and Washington, went to Bank of America, Chase, Wells Fargo, and U.S. Bank. The letter cites actions taken by other big banks, such as Citibank, which announced it is eliminating overdraft fees, and encourages the other institutions to “follow the lead” of its competitors.

“No person should ever be charged a $35 fee for a $5 cup of coffee,” the AGs wrote in their letter to Jamie Dimon, the CEO of JPMorgan Chase. “Your peer firm, Citi, rightly concluded as much. We call upon Chase, which serves millions of consumers, to consider the enormous societal costs of overdraft, overdraft protection and similar fees, and to commit immediately to the elimination of such practices on the same timetable as Citi.” 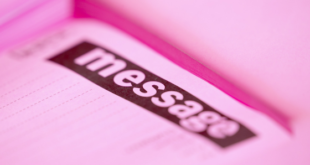