Days after publishing a report illustrating the amount of late fees credit card issuers are charging consumers, a published report revealed that the Consumer Financial Protection Bureau is planning to “ramp up” enforcement actions in situations where late fees are being illegally charged while also issuing new regulations that would establish how much issuers can charge when a consumer fails to make a payment on time.

The crackdown on late fees is yet the latest foray from the Bureau in its war against what it labels as “junk fees,” a catch-all name for charges assessed by lenders for such infractions as late payments, overdrawing accounts, or not having sufficient funds to cover a payment.

Consumers were charged $12 billion in late fees in 2020, according to the CFPB, and those with lower credit scores — considered to be more financially vulnerable than consumers with higher credit scores — pay more in late fees while also paying higher interest rates. Only two of the top 20 credit card issuers charge less than the legally mandated maximum late fee that can be assessed, and given that the amount of late fees that were assessed fell during the early months of the pandemic, at a time when households were receiving different forms of economic stimulus is evidence that late fees “are a penalty on households living paycheck-to-paycheck rather than a meaningful incentive to make on-time payments,” according to the CFPB.

The report cited two sources from within the Bureau, one of whom said that the CFPB will be “taking a tougher line on enforcement” while also considering rewriting rules that govern how late fees are assessed. The CFPB is looking at how it can use the Credit Card Accountability Responsibility and Disclosure Act of 2009 to bring more enforcement actions against lenders it thinks are charging more than what the law allows, according to the report. 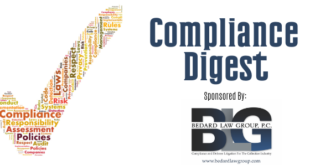