The Governor of New York yesterday announced a number of healthcare-related proposes during her State of the State address, including a plan to include medical debt in the state’s Consumer Credit Fairness Act.

Including medical debt in the Consumer Credit Fairness Act would lower the statute of limitations on filing lawsuits to collect on unpaid debts, require collectors to make additional disclosures, and require companies filing collection lawsuits to include additional documentation in the complaint.

Along with the plan to amend the Consumer Credit Fairness Act to include medical debt, the Governor also plans to launch an educational campaign that addresses medical debt and affordability, reform hospital assistance applications so that all hospitals use the same form, and establish a prescription drug price transparency program. The governor noted that 53,000 New Yorkers were sued by hospitals for unpaid medical debts between 2015 and 2020.

The announcements were part of the 147 different proposals that Gov. Kathy Hochul made during her State of the State address, including plans to increase the minimum wage by tying it to the Consumer Price Index, reforming the bail process, and create 800,000 new affordable housing units throughout the state.

“No one should have to choose between their health and their financial security,” said Adrienne A. Harris, the Superintendent of the New York Department of Financial Services, in a statement. “The best protection against crushing medical debt is a commitment to an affordable and equitable healthcare system with transparency that empowers consumers, regardless of their socioeconomic status.” 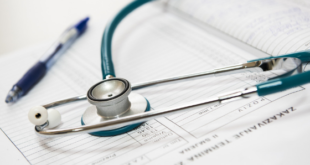