There is a lot to unpack in today’s episode of “The Young and the Indebted” with the Secretary of Education, the chair of the House Financial Services Committee, and a former presidential candidate all making comments or taking action to address the issue of student loan debt forgiveness.

Let’s begin first with former presidential candidate Sen. Mitt Romney [R-Utah], who introduced a bill in the Senate yesterday that would prohibit the federal government from a “mass cancellation of student loans.” The bill, S.4253, was cosponsored by a quartet of other Republicans and it called the Student Loan Accountability Act. While the text of the bill was not yet available, a release from Sen. Romney’s office said the bill would prohibit “the Department of Education, Department of Justice, and the Department of Treasury from taking any action to cancel or forgive the outstanding balances, or portions of balances, of covered loans” except for programs like the Public Service Loan Forgiveness and Teacher Loan Forgiveness programs.

“It makes no sense for the Biden Administration to cancel nearly $2 trillion in student loan debt,” Sen. Romney said in a statement. “This decision would not only be unfair to those who already repaid their loans or decided to pursue alternative education paths, but it would be wildly inflationary at a time of already historic inflation. Democrats and Republicans alike have called on the President to not take this unwise step and pile more onto our $30 trillion national debt. And while the President’s legal authority in forgiving this debt is dubious at best, our bill would ensure that he would be prevented from taking action.”

Sen. Romney’s statements did not sway Rep. Maxine Waters [D-Calif.], the chair of the House Financial Services Committee. She sent a letter yesterday to President Biden calling on him to cancel $50,000 of student loan debt for all borrowers as a means of closing the racial wealth gap.

“Borrowers of color are especially burdened by student loan debt, with Black college graduates owing an average of $25,000 more in student loan debt than their White peers,” she wrote. “And even when borrowers make timely payments on their loans, the overall balance of debt can go up rather than down due to things like interest accrual and faulty loan servicing. Again, Black borrowers are disproportionately impacted by this phenomenon. For example, four years after graduation, nearly half of Black borrowers owe an average of 12.5 percent more than they borrowed… The people of this country need your decisive action to cancel $50,000 of student loan debt for all federal student loan borrowers.”

Meanwhile, caught in the middle is the Department of Education. Education Secretary Miguel Cardona appeared on MSNBC yesterday and was non-committal when asked about the student loan debt cancellation issue.

“As I said before, those conversations are ongoing,” he said, according to a published report. “You heard the president a couple weeks ago mention that something should be coming soon, that he is having conversations with the Department of Education and [Department of Justice] on this.”

Secretary Cardona did say during the interview that individuals will “have to start paying what they can afford to pay,” at some point in the future. 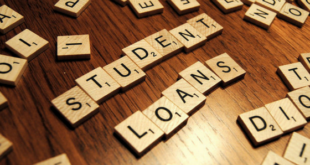 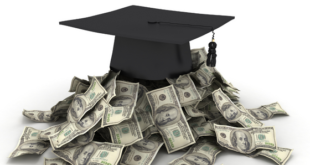