Fewer than one-third of individuals feel extremely confident that they would be able to identify an error on a medical bill, and half of those individuals who participated in a survey have had bills with incorrect charges of at least $200, according to the results of a recently released survey. For many companies in the healthcare collections space, hearing “I thought my insurance took care of that” or “I didn’t realize I owed that” are all-too familiar occurrences.

When trying to collect issues on a healthcare billing statement, nearly half of the survey’s respondents said the process took as long as one month and 70% said they spent more than two hours getting the problem fixed.

“Our research reinforces that healthcare billing systems are complicated, and bills can be complex and with the potential for errors,” said Michael Axt, Chief Member Empowerment Officer at Zelis, which commissioned the survey. “This negatively impacts healthcare consumers, particularly those with lower incomes or less health literacy. Healthcare organizations have an opportunity to reduce friction in the billing process to support consumers and create a more seamless healthcare financial journey.”

Again, as many healthcare collectors can attest to, consumers can get very frustrated when it comes to understanding their medical bills. Forty-one percent of respondents to the survey said they are “significantly frustrated” trying to address billing errors.

Individuals were able to notice errors by comparing their bills to estimated costs, comparing charges to the explanation of benefits, and noticing items on a bill that were different from their actual healthcare experience.

Separately, another survey revealed that 38% of respondents found healthcare bills to be either “extremely confusing” or “somewhat confusing” and more than one-quarter of participants said their greatest source of frustration was uncertainty about being able to pay the bill. 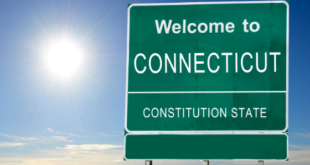