EDITOR’S NOTE: This article is part of a series that is sponsored by WebRecon. WebRecon identifies serial plaintiffs lurking in your database BEFORE you contact them and expose yourself to a likely lawsuit. Protect your company from as many as one in three new consumer lawsuits by scrubbing your consumers through WebRecon first. Want to learn more? Call (855) WEB-RECON or email admin@webrecon.net today! Thanks to WebRecon for sponsoring this series.

DISCLAIMER: This article is based on a complaint. The defendant has not responded to the complaint to present its side of the case. The claims mentioned are accusations and should be considered as such until and unless proven otherwise.

One of the trickiest situations is when a collector attempts to collect a debt from a consumer and the consumer claims to be a victim of identity theft — that he or she did not open the account in question and never received the products or services that were purchased and are now attempting to be collected upon. A plaintiff has filed suit against a number of defendants for attempting to collect a debt that he claims was incurred by his ex-wife, who used his Social Security number and other personal information to open a credit card account with IKEA and then do some shopping and not pay the bill. The plaintiff claims to have supplied identity theft affidavit and a police report along with his supporting documentation, only to have a number of collection operations determine he was still responsible for the debt and is accusing the defendants of violating the Fair Debt Collection Practices Act, the Fair Credit Reporting Act, the California Identity Theft Act, and the Rosenthal Fair Debt Collection Practices Act.

A copy of the complaint, filed in the District Court for the Central District of California, can be accessed using case number 22-cv-09456 or by clicking here.

The plaintiff noticed that his credit score had dropped and noticed an item on his credit report — for an IKEA-branded credit card — that he claims not to have opened or given permission to anyone to open. The address that was used to open the account was one that the plaintiff lived at with his then-wife, but following their divorce, he moved to a new apartment. The plaintiff disputed the debt, obtained a police report, and an identity theft affidavit, and sent it to the creditor.

The creditor responded that it found no basis or support for fraud. The creditor subsequently charged off the account and sold the debt to another entity, which placed the debt with an agency for collection. The plaintiff provided all of his documentation to the agency, but allegedly never received a response. The plaintiff then received a communication from a different collection agency several months later, attempting to collect on the debt. The plaintiff allegedly supplied this new agency with his documentation, and received a response that the current creditor believed the plaintiff is responsible for the balance on the account.

What You’re Missing if You’re Not at ARMTech 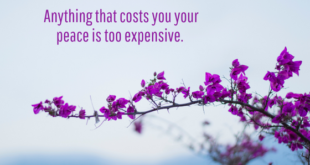