In yet another sign that consumers are struggling financially, the number one reason why online payments declined in April was because of insufficient funds in their accounts, according to a published report. More than one-quarter of consumer payment declines were due to insufficient funds, compared with 18% in March, according to the report.

After insufficient funds, the next most common reason why consumers’ online purchases declined were due to incorrect payment information being entered, followed by suspicious activity.

Perhaps not surprisingly, then, are the results of a poll that revealed that 83% of consumers said the state of the economy was poor or not good — the highest level of dissatisfaction that has been recorded since this particular poll was introduced five decades ago.

In yet another poll, only 20% of respondents said the economy was actually getting better, while 77% said it was getting worse.

“In the debate over recession, no recession/soft landing, hard landing, it all comes down to the behavior of the U.S. consumer,” Peter Boockvar, chief investment officer with advisory firm The Bleakley Group, said in a report. “Lower-income households will certainly be most impacted by the direction of real wages, while upper ones will most likely be influenced by the direction of the stock market from here. Those in the middle will get impacted by both.” 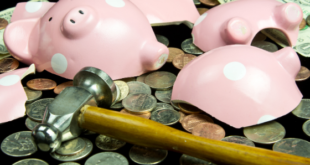