More than half of consumers participating in a survey conducted by PayNearMe have paid at least one bill after its due date in the past 12 months, and one-fifth of respondents have done it more than four times. Interestingly enough, breaking it down by age, younger consumers and older consumers have made fewer late payments than those between the ages of 30 and 60 years old.

Bills that are not secured by collateral like cars and mortgages are more likely to not get paid, according to the survey, including insurance payments, utility bills, and personal loans, which include medical debts.

If anyone needed proof of the power of reminders, the most common reasons why bills were paid late was because people procrastinated or forgot to make a payment or because bills were overlooked in a pile of mail. Other popular reasons for not paying were — overlooking email reminders about bills, becoming frustrated with a complicated online bill payment process, and not know when bills were due because of different due dates. More than 25% of respondents said navigating portals that are not user friendly makes paying bills more difficult.

Forty-five percent of respondents said that receiving a text message or email reminding them when a payment is due would make it easier for them to make payments on time. Including a link in that reminder to make the payment, would be even more helpful, consumers said. Consumers are also looking for the ability to make payments via Apple and Google wallets as well as Venmo and PayPal.

While some consumers have signed up for automatic payments, the majority that have not want control over when their bills get paid, they said.

“Nineteen per cent say they paid a bill late because the online bill pay process was so complicated they became frustrated and didn’t complete the payment,” said Anne Hay, Head of PayNearMe’s consumer research initiative, in a report. “To increase on-time bill payments, billers need to create a frictionless payment experience and, for many consumers, that means having the ability to pay their bills via a mobile device.” 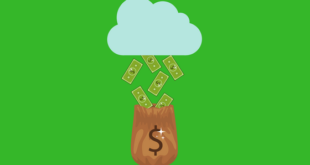