The number of merger and acquisition deals in the accounts receivable management industry nearly doubled in the first quarter of 2021, compared with the same period last year, and the total deal value nearly increased by 20%, according to data released by Corporate Advisory Solutions, which released its comprehensive quarterly market insights newsletter last week.

The COVID-19 pandemic has not dampened appetite for acquisitions, which remained robust for the second consecutive quarter. After an initial downturn during the second quarter of last year when the pandemic really took hold in the United States, the number of M&A deals has grown consistently and significantly since then, CAS noted.

The continued economic bookends of higher unemployment rates and economic stimulus and income tax refunds will continue to foster a “good news, bad news” dynamic for the ARM industry, while the specter of increased regulatory and enforcement activity could also play a role in spurring M&A activity. The “technological transformation” that is underway in the ARM industry is expected to continue and will also help attract new capital in the form of investments and acquisitions while also requiring companies to adapt to changing business trends on yet another level. 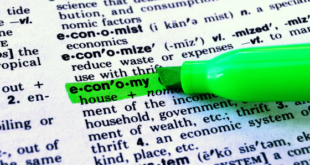