Thursday’s Telephone Consumer Protection Act ruling in Marks v. Crunch San Diego is still reverberating through the collections industry as agency executives rush to figure out what is and what is not allowed, as it relates to using an automated telephone dialing system to contact individuals with unpaid debts.

David Kaminski, a partner at the law firm of Carlson & Messer, walked through the ruling and discussed the impact on contacting individuals for collection agencies during a webinar last Friday. The webinar, which was sponsored by TCN, offered some initial insights and answered many questions from agency executives about the ruling and what it means going forward.

As a refresher, the Ninth Circuit ruled on Thursday that an ATDS is any device that “stores telephone numbers to be called, whether or not those numbers have been generated by a random or sequential number generator.”

The Ninth Circuit’s ruling creates a split at the Circuit level in how the TCPA is applied, which could lead to either an en banc appeal before the entire Ninth Circuit or an appeal to the Supreme Court. As well, the Federal Communications Commission is still working on a new rule related to the TCPA. But the rule or a Supreme Court ruling could be years off on the horizon, meaning the industry will be forced to deal with diverging court rulings for some time, which could create a lot of problems for collection agencies.

What matters most for collection agencies is obtaining and confirming consent with individuals to contact them on their cell phones, Kaminski said during the webinar. Kaminski also answered questions about how calls that are made via a manual dialer or via human intervention are impacted by the ruling, when agencies can use a dialer, whether the type of debt matters, if the ruling applies to first- and third-party collections, and whether consent obtained by the original creditor passes through to the collection agency. 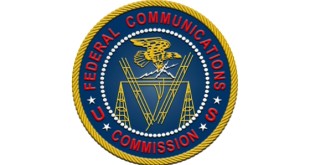 EDITOR’S NOTE: This article is part of a series that is sponsored by WebRecon. WebRecon identifies serial …