Getting to Know Dan Consuegra

Dan Consuegra may have spent more than three decades in the ARM industry, but he definitely took the long way getting here. As someone who was at Woodstock and spent time in the trucking industry working with Teamsters, representing creditors should be a piece of cake for Consuegra. A father of five who tries to get home at night to read bedtime stories for the kids who are still young enough to enjoy them, Consuegra has had to make a lot of tough decisions. Read on to learn more about him and his varied reading list.

Length of time at current company: 32 years (seems like yesterday)

Length of time in industry: 35 years (some very difficult but wouldn’t trade a single one)

How did you get your start in the industry?

I was in the trucking business (dock supervisor for Roadway Express in Hagerstown, Mary.) looking for a “coat and tie job” and my manager told me they needed lawyers. I took the LSAT, sent out some applications and headed south, landing at Stetson Law in St. Petersburg. At the time there was a saying: “Look to the future, look South,” which sounded like a pretty good idea to me.

After law school, I went to work for Marvin Solomon in Tampa who had and still has a very successful collection law practice. Back then attorneys made collection calls (the FDCPA did not apply), did a lot of debtor exams and were constantly in court and trial, and I guess I found my passion. What is your career highlight so far?

Opening my own practice in 1986 and growing it. At the time, Tampa was starting to bust at the seams and there were very few of us (attorneys). You could literally hang a shingle downtown reading “I are an attorney” and you would have had more business than you knew what to do with. Even the first year I was hugely successful and my practice would, on average, double in size and revenue almost every year. I went from doing strictly collections to general practice and then back to collections with a lot of commercial litigation thrown in. The banks and loan companies kept wanting me to do foreclosures so I eventually added foreclosures in the 90’s. In time, with more than 40 attorneys, we became one of the largest foreclosure firms in Florida. In the last quarter of 2015, I made a strategic decision to drop foreclosures and return to our roots as a full service creditors rights’ firm concentrating on collections thereby reinventing myself for the 5th or 6th time.

When or how are you most productive?

When I started my practice I would literally get up at 3 in the morning, go to work, and start opening mail. The bars were still clearing out. I am still an early riser but nowhere near as fanatical. So, I am definitely more productive in the mornings, but I might also catch my wind in the late afternoons and evenings, especially when challenged with a heavy workload.

Which industry professional do you admire most?

I have to say I am impressed with the leadership in NARCA and RMA (remember I was heavily into foreclosures in a prior life so I would attend and speak at the MBA, Five-Star and ALFN conferences). If I were to pick one person who is particularly inspiring for his fairness and business acumen it would probably be Gerry Shapiro who built the LOGS network and other notable enterprises.

What is one thing you do better than everyone else?

I enjoy conflict resolution. That has to be a lawyer thing. We are built to fix problems: the more complex, untenable with the more exposure and potential reward the better. Also Karen, my wife of 25 years, and I have five kids, and I would say I get a lot of practice settling fights. I feel like I thrive in difficult environments and I try to be the calming voice of reason. Going hand in hand with this is an ability to size up a situation and bring on the right people to address the challenges. For example, seeing a need for depth in certain areas of the practice I sought out and brought on, Amanda Duffy, who became my partner this year. Amanda was in-house counsel and a manager with three of the largest debt buyers in the country and she has more than 15 years of experience in the industry.

That is easy, the people. At all levels and in all capacities this industry has more than its share of smart ambitious people who would give you their right arm to help out. Salt of earth people who inspire, lead, and encourage.

What is one thing you wish you could change about this industry?

I wrestled in high school and college and we were told that “Once you’ve wrestled, everything else in life is easy.” Trucking and supervising Teamsters twice my age was also no cake walk. Like I say, I enjoy a challenge. I am on the Legislative Committee for the RMA and I get to support the very important work that David Reid and the other chairs undertake to promote fair treatment of our industry and oppose laws that make it harder for us to operate. The laws, regulations, and rules need updating for sure and where we operate there should be safe harbor. But again if it were easy everybody would be trying to do it.

If you weren’t in this industry, what would you be doing?

That would be a toss-up between fishing guide and organic farmer. But seriously I enjoy the industry and my job too much to think about doing something different.

I get up early, workout, do emails and give the kids a hug before school, and then fill my day with more emails, meetings, calls, court, problem solving, and reaching out to encourage or be encouraged. I try to leave the office no later than 6pm. I like to make sure everyone gathers at the dinner table and I am fortunate to have two who are still young enough to let me end my day with some bed-time reading and prayers.

What is your guilty pleasure?

I would have to go with food, cigars, and IPA beer.

What is the best advice you’ve ever received?

I have been accused of being around a long time and no, I never shared office space in Springfield with Abe Lincoln. However I do like what Honest Abe had to say about the practice of law and some of his quotes like: “You cannot escape the responsibility of tomorrow by evading it today.” He also had a lot to say about it being a bad idea for an attorney to avoid the drudgery of the practice of law and that do so would almost certainly end in disaster. Need I say more about the importance of attention to detail and meaningful attorney review, not to mention the long hours?

What are you currently reading?

I always seem to have five or six books going at once. I have an extensive library and I enjoy giving books as gifts. My taste is eclectic and I will read just about any kind of book on almost any subject. I just finished or am in the process of finishing The Story of Reality, Traction: Get a Grip on Your Business, Genetic Entropy and the Mystery of the Genome, Bonhoeffer by Eric Metaxax and others.

What is one fact you’d like everyone in the industry to know about you?

I am pretty much an open book but it might surprise some to hear I was at Woodstock (and I remember most of it), I hitchhiked and I bummed around the States and Europe before I got serious about my life having rid myself of my wanderlust only to find that Karen had a serious travel bug. So those of you who know me know we end up in some pretty exotic places. This summer we are going to Israel and this winter the Baltic States. I am half Lithuanian and half Cuban (I know, quite a sandwich).

Who else would you like to see answer these questions? 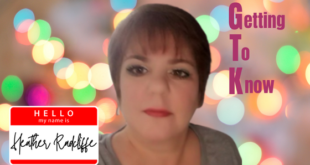 Getting to Know Heather Radcliffe of Resident Interface 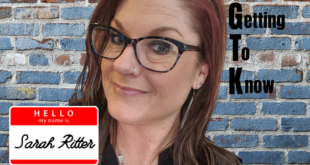 Getting to Know Sarah Ritter of CSO Financial 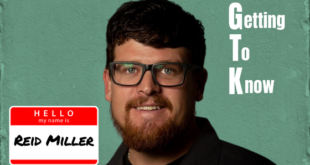 Getting to Know Reid Miller of DAKCS 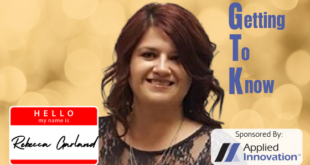 Getting to Know Rebecca Garland of VeriFacts